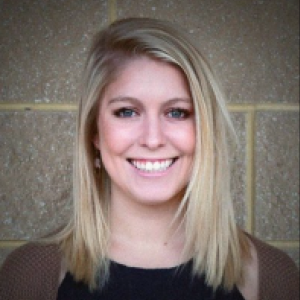 When it comes to the Super Bowl, the commercials can be just as fun to watch as the game. Everyone knows they’re the best ads, costing about $5 million per 30-seconds. For the Super Bowl, advertisers have to come up with creative ways to gain the attention of more than 100 million viewers and find a way to stand out from the 40-plus advertisers. So how did each ad stand out this year?

First of all, who doesn’t love puppies? Heinz unleashed a stampede of dachshunds, running toward ketchup and mustard bottles, showing that it’s love at first sight. The #MeetTheKetchups family loves dogs just as much as we do.

Doritos also used the appeal of dogs in one of their two commercials. The more popular ad was with a baby on an ultrasound who wanted a Doritos chip so much that it shot out to grab one. This ad got a lot of mixed reviews, some saying they’ll never eat Doritos again, others enjoying the humor and creativity.

Avocados from Mexico aired ‘Avos in Space‘ which was a huge hit during this year’s Super Bowl. A group of aliens were touring the “Museum of Eartlhy Wonders”, filled with exhibits from Earth, including emojis, a Rubik’s cube and avocados from Mexico. The aliens were impressed that the avocados were always in season.

The Longest Chase, a 90 second commercial, shows off the new 2016 Toyota Prius as a getaway car from a bank robbery, showcasing the benefits of the car, without a hard sell. It was a clever way to show people that the Prius

Hyundai aired three commercials, Ryanville, The Chase and First Date, each promoting Hyundai vehicles and their features. Of course Ryanville was popular for women viewers, because who doesn’t like looking at a bunch of Ryan Reynolds? But, First Date seemed to capture one of the top spots. It was humorous but also highlighted the technology features of the Hyundai Genesis.

Steve Harvey relived his Miss Universe blunder in T-Mobile’s #ballogize ad, saying, “Those were last year’s numbers. It says right here on the card, T-Mobile doubled its LTE coverage in the past year with more LTE towers than Verizon.. I’m not taking responsibility on this one. Verizon got it wrong!” T-Mobile also used Drake’s Hotline Bling to show that they don’t have any restrictions, like other carriers.

Amy Schumer and Seth Rogen add a little humor to politics when they create the Bud Light Party, stating that nothing brings America together like Bud Light. Using this as a platform for the entire year, Bud Light plans to continue their campaign, “Raise One to Right Now”, throughout the year.

Helen Mirren and Peyton Manning joined the Clydesdales and promoted Budweiser this year. Peyton Manning let us know that he was going to “drink a lot of Budweiser tonight”, even though he wasn’t paid to mention the brand. On the more serious side, Helen Mirren starred in the #GiveADamn ad, letting us know that our friends and family would thank us if we refrain from being a pillock by drunk driving.

Audi claims that driving a R8 is like going to the moon in The Commander. A retired astronaut is reminiscing about his career from long ago, but is able to relive his experiences again when driving his son’s Audi.

MINI USA was all about challenging stereotypes with their #DefyLabels ad. They promoted their Mini Clubman and let viewers know that their brand isn’t just tiny, two-door cars.

Colgate decided to promote a message, rather than a product, urging Americans to save water. #EveryDropCounts states that small acts add up, so turning off the tap while you’re brushing your teeth can save 15 liters a day.

NO MORE, the NFL and Grey Again teamed up to create an ad that raises awareness for domestic violence and sexual assault and in return, gained a lot of positive feedback. Although this was a change of pace, this text-message ad showed that there is a simple way to help victims by texting ‘No more’ to 94543.

When building a landing page for Search Engine Marketing (SEM) it’s important to understand the purpose of these landing pages. It’s a direct means of …