The Best Super Bowl Commercials According to Us

The Best Super Bowl Commercials According to Us 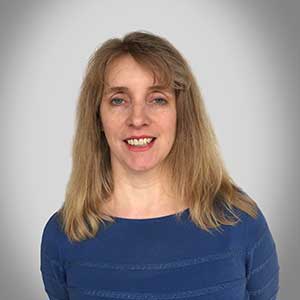 As an art director and search engine strategist at The Cyphers Agency for over 15 years, Christina seeks to amplify your brand and focuses on enhancing your brand's message on the internet and in other media.

It was an exciting game that had us on the edge of our seats until the end. Almost enough excitement to make us forget the ads but of course they are always at the top of our minds. See our picks below for the best Super Bowl commercials for 2015:

David says “My favorite was the BMW “Newfangled” ad. Using a real video clip from the past was a very funny way to make us think about being open to new technology, new approaches to car design.”

Anna says “It was everything I want in a Superbowl commercial – fun and light hearted with an actual message. What a brilliant way to dramatize the message focusing on their new technology. We may not understand it right off the bat, but after watching how hilarious and crazy it seems that once upon a time the “Internet” was a foreign concept, I’m sold.”

Darren says “Yes, this was another installment of the NFL’s CYA campaign due to the Ray Rice debacle, but a well done PSA none the less. I loved everything from the message to the execution. The 911 message was chilling. In a year full of downer themed spots, you were waiting for this 911 call to turn humorous before the message came to light. The execution was spot on. During the game, the room is always buzzing and loud as I try to watch the spots. Grey advertising used one of my favorite techniques to catch a viewers eye/ear: they dropped any music bed underneath the spot. The raw silence combined with the recorded phone dialogue stopped my party guests chatter and the room turned silent to listen. Well done.”

Erik says “With a Super Bowl filled with depressing commercials this year, Doritos pulls out all the stops and comes up with a real winner. This particular commercial has it all: a real-life situation, a baby, a cute girl, and humor. You can’t go wrong with this winning combination.”

Paul says “Of course this was my favorite. I’m a guy, sue me.”

Danielle says “Ok so it’s not the most strategic ad, but Budweiser is following their long standing tradition of story telling ads in the Superbowl. Bottom line, I’m a sucker for puppies and feel good stories.”

My choice for most excellent ad this year was the “Like a Girl” spot for Always (Proctor & Gamble) by Leo Burnett. It was simple and effective with a great message. I’ve always hated when people use the phrase “like a girl” to describe some lousy ability. It’s about time to change that for our next generation.

Danielle says “This hit pretty close to home with me. Having a young daughter, I’m well aware problems with self image start at a very young age. The product itself took a back seat to this important message to girls to stay strong and love themselves. Brands today have to be willing to make a connection with their audiences beyond simply saying “ours is better” and I thought this one laid the foundation for a pretty great connection with girls and moms alike.”

See all the commercials from best to worst on AdAge here 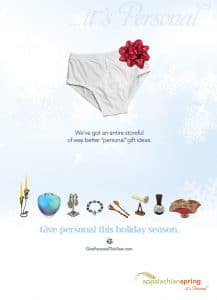 Have you ever received a really bad gift? The kind of gift that is WAY too personal and makes you cringe when you open it? 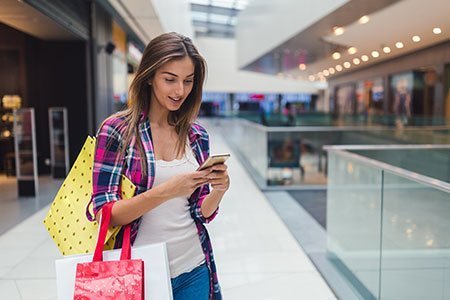 T-Commerce and M-Commerce Growing in 2019

Buying products you see on television with a click is what t-commerce is all about. Smart TVs and connected devices like Apple TV make it 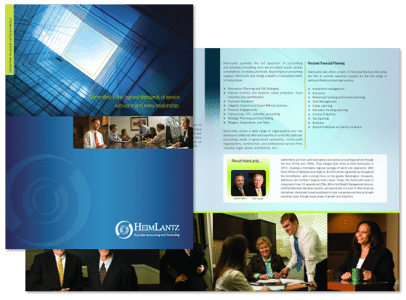 Recently, we worked with HeimLantz of Annapolis and Alexandria to define a new corporate identity with brand development tailored to accountants. From Old: Former website