Bridget Meyers, The Cyphers Agency’s digital marketing manager, shared her insights with Lifewire for an article on the possible pitfalls of the new Twitter downvote system.

“Why Experts Are Worried About Twitter’s New Downvote Test,” emphasizes Bridget’s expertise in social trends as she explores the potential intentions for the new feature, along with how it could be exploited.

The new voting system Twitter is testing could open the door for more negativity and toxicity to spread across the social media site, experts say.

Twitter currently is testing upvotes and downvotes on its iOS app for a select set of users. While the company says the test is being done to gather research, the possibility that the social media site soon could give users the ability to downvote content has many experts worried. While not all users take part in the negativity, over the past few years, Twitter has found itself under fire because of the toxic nature of some of its community members, a problem often seen on social media sites. Experts are concerned that downvotes would only strengthen the negativity and toxicity on the platform.

“This could be a way for Twitter users to better curate their Twitter feeds, but it’s hard not to question what unintended implications the feature may have,” Bridget Meyers, digital marketing manager at The Cyphers Agency, told Lifewire in an email. “Coordinated efforts to downvote a certain user or group could end up silencing them or removing their take from an important cultural conversation.”

Digging Through the Trash

While other forums and even some subreddits may hold more toxicity, Twitter has become a household name in the social media world, and thus its overall negativity may feel more far-reaching than that of smaller sites. With that in mind, Twitter has done some things in the past to try to clean itself up, which appears to be part of the big reason why it’s trying out downvotes and upvotes.

In fact, in the tweet that Twitter Support shared to announce the feature was in testing, the team clearly writes that this is being tested as a way to see which replies are more relevant in a conversation. That doesn’t sound like a bad thing, altogether. After all, who hasn’t read a long Twitter thread only to find themselves having to shuffle through multiple one-liner replies that don’t really add much to the conversation.

The problem, though, is giving users the ability to determine which content is most relevant allows them to control the narrative of that particular conversation. As such, it could become a way for some users to band together and silence the opinions of other users.

“Adding a dislike or a downvote will not lead to less trolling or a more welcoming experience. It will just lead to more people disliking and downvoting content they disagree with, not based on its merits or evidence, but because they disagree with the political message behind it,” Andrew Selepak, a social media professor at the University of Florida, explained in an email.

The Meaning Behind the Vote

Facebook introduced up/downvoting to groups in 2018, and has continued testing it since then. Both Twitter and Facebook said in their respective announcements that downvoting is a way to help determine whether the content is good or bad. However, the meaning behind every vote is also important.

A post on r/TheoryofReddit explores the possible meaning behind down and upvotes. While some use the system the way it was designed, others vote based on an emotional response. Some even admit to upvoting posts out of sympathy. That means the results could be extremely skewed unless Twitter and Facebook can determine the meaning behind every downvote.

Twitter’s explanation for the new system does line up with the company’s push to get more users involved in the social media site.

Last year’s Fleets was one attempt at that, but Twitter recently announced the feature will shut down in early August. It was intended to take away some of the anxiety about tweeting and get more users active on the social network, which apparently didn’t happen. The up/down, like/dislike feature could be yet another way to gather data on getting more people tweeting.

Of course, if experts’ concerns end up proving true, the data gathered from the test may ultimately be fruitless, and Twitter will have more of a problem than a solution. 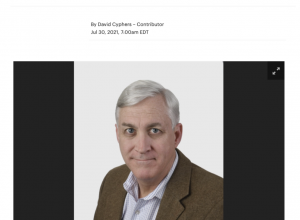 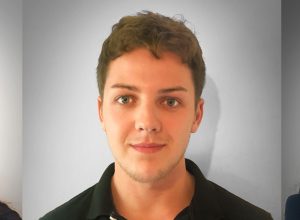